Mr. K.N. Ramaswamy, director of the Bharatiya VidyaBhavan, Mylapore,Chennai was the chief guest who presided over the function held on 10th Jan 2020 at Chennai, lauded the initiatives and praised the efforts of Sapiens Health Foundation in promoting health awareness among  children.

Sapiens Health Foundation has been campaigning throughout the country for reducing salt intake in the population for the last 11 years. Awareness lectures, posters and propagation on Reduced Salt in diet through media  have been carried out extensively. Dr. Rajan Ravichandran, Chairman, Sapiens Health Foundation was awarded the Notable achievement award for salt reduction in the population by World Hypertension League in 2014. Mr. R.Sundar, the trustee of the foundation spoke  and conducted the event. 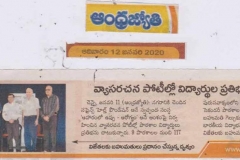 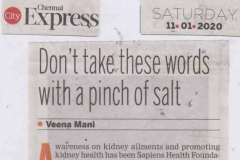 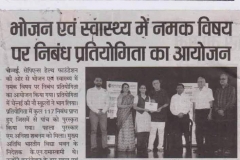 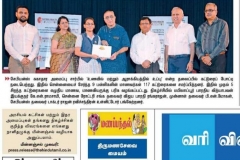 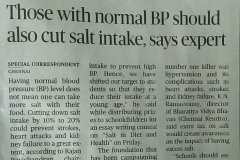 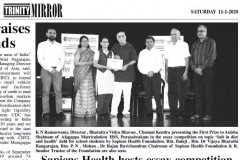 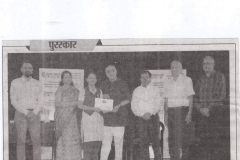 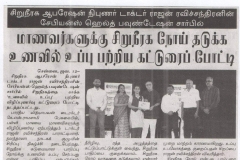 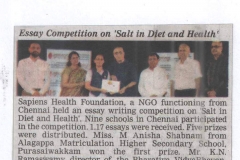 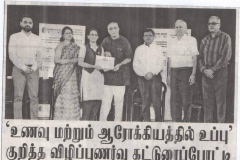