The commonest cause of high blood pressure is common salt. Majority of the population have a blood pressure which is salt dependent. The average intake of salt in the Indian diet is 15gms per day. Unfortunately since we now live more in air conditioned environment rather than farms, this salt intake leads to high blood pressure. The average American intake is 7gms for the female and 10gms for the male per day. It is estimated that if salt is reduced by 1/3rd in the diet, there is a 30% chance of reducing heart attacks and strokes. USA has estimated that it can save 25 billion dollars in health care if the average American reduces the salt intake by 1/3rd. There is a vigorous campaign for low salt intake all over the world including Japan and China.

A walkathon was organised by sugarbp.org in collaboration with ECH at Puducherry in the morning of 11th April 2010 . A large crowd joined the walkathon to support salt reduction campaign.

A rally was taken out at Tiruchirapalli (Tiruchi) on 6th June 2010 to create awareness among people on the hazards of high salt intake in diet. Organized jointly by the Chennai-based Balaji Medical and Educational Trust/sugarbp.org and Tiruchi-based renowned consultant nephrologist Dr.P.Giri. Over 200 persons, including students, took part in the rally that commenced from the CSI-Methodist School and culminated at the IMA Hall. 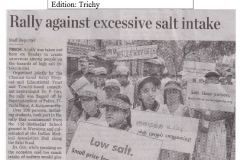 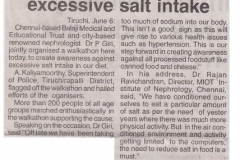 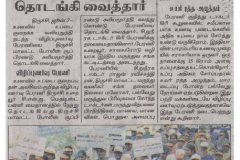 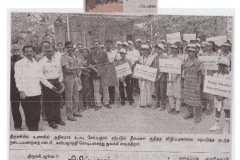 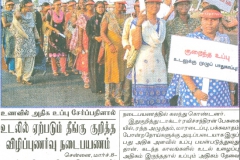 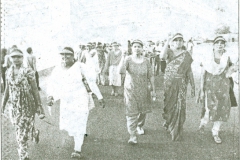 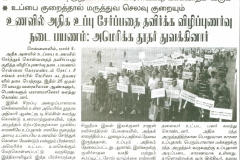 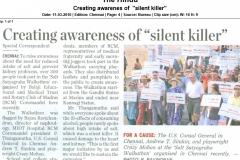 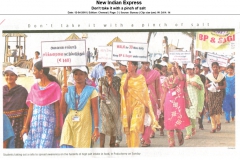