Sapiens Health Foundation has been championing the cause of kidney failure patients for the last 17 years. Every year the foundation celebrates the World Kidney Day which falls on the 2nd Thursday of March in association with www.worldkidneyday.org. The theme for this year world kidney day is “KIDNEYS AGE JUST LIKE YOU, TAKE CARE OF THEM, AND TALK TO YOUR DOCTOR”. Dr. Rajan Ravichandran, the chairman of the foundation speaking on the occasion brought out the fact that the functioning of the kidneys reduce with age almost 10% every decade after the age of 40. In those who have diabetes and hypertension, this aging can be faster. It is necessary to know that the estimation of serum Creatinine alone will not reveal the fact that the kidney function has reduced. Age specific formula has to be used to estimate the kidney function. This is especially important while prescribing drugs to the elderly since the dose requires to be modified accordingly. According to the World Health Organisation, in the next two decades the population of senior citizens is likely to double mainly in developing countries due to increased longevity and reduced fertility. The kidneys also lose the ability to excrete salt and conserve water with age. Hence it is necessary to reduce salt intake with advancing age and increase water intake. Dr. Rajan Ravichandran also highlighted that restricting excessive proteins, specially animal proteins would preserve the kidney function. Dr. V. Shantha, Chairman, Adyar cancer Institute was the chief guest for the function and she emphasized the need for preventive health care in the elderly. Crazy Mohan and Cartoonist Madhan also took part in the function as guests of honour. Brochures on prevention of kidney disease and kits for self detection of kidney disease were distributed to the guests. 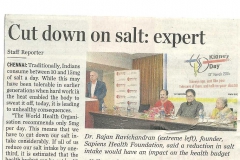 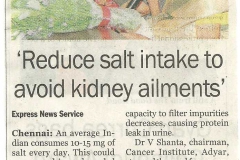 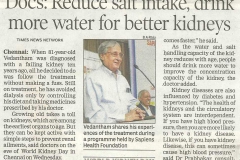 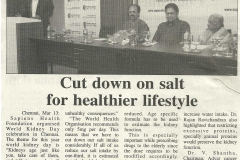 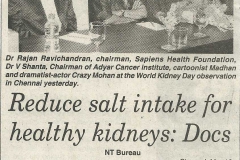 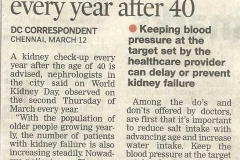 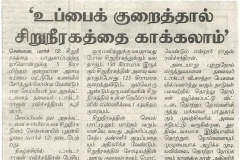 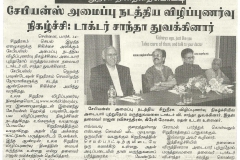 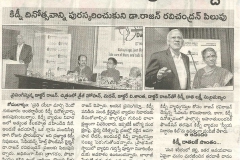 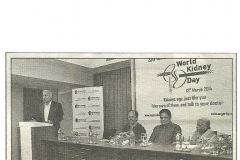 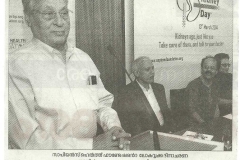